Our weekly classes did not change since a few years: two locations and each one 2x2h per week. One morning and one evening class.

Attendance was very different, each class around 5 people, peak times 10 people, but due to low advertisement very likely only the core group appeared (<5).

Each location has one additional Qigong class of 1h, the hour before the evening Taiji class.
Details on the German Website … here.

In addition to the regular classes I did use a forum on the German website to enhance that people make appointments for free training sessions whenever and wherever it suited. This worked out by signing up for a thread “Free Training in Berlin”, and within there everybody can make suggestions. At times where Sarah and I have been in Berlin these training meetings happened quite frequently.

The years before attendance was significantly higher, but the core group about the same. In former years I did use much more newsletter announcements, free training appointments via forum, additional internet advertisement and also physical printed flyers.
This is a lot of work, but when done properly this has an effect.

The biggest change was that we decided to move to Daqingshan for a longer time, and now Sven Gusowski did take over all classes in Berlin. He practiced with me since even before I did change to Practical Method in 2010. So far, the core group in Berlin did stay stable after we left.
Also Sven took over the courses at the universities. We did host Master Chen in June and we had 18 participants.
Maxime Fréchet, who did just drop in our classes for little less than 3 month, did also join the workshop. He wrote a review which is published on this website … here.

About Maxime I also wanted to add that he did a extraordinary job learning the Yilu. In just 2 1/2 month he did finish the choreography, and he did it very well. His first Yilu recording can be seen … here. So and me and my wife Sarah, who meanwhile is also Master Chen’s disciple, are now on Daqingshan, were we want to deepen our Taijiquan, but also want to create circumstances for a special way of living. Therefore we like to encourage other people also to come here to have a community.

A post about possibilities to live on Daqingshan (incl. video) can be seen … here.

Especially families with young children are highly wanted, as our little ones need some other kids as well. We are neighbours of Chen Xu’s family, he has two kids now. Yunhe 2 1/2 years, and Yunwei, 3month old. Our Lukas is 3 1/2.

Here some more pictures of the last year 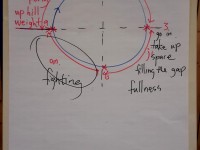 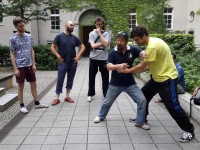 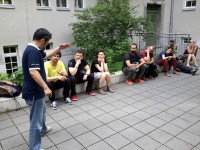 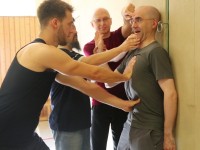 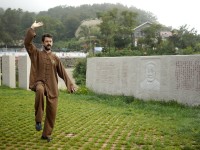 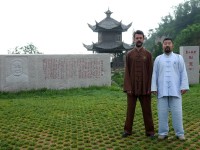 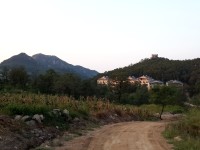 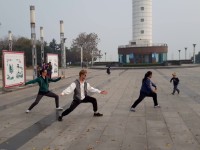 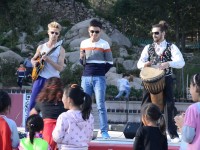 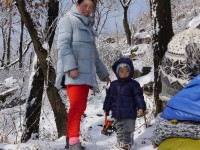 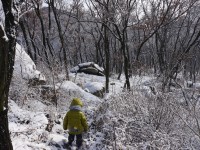 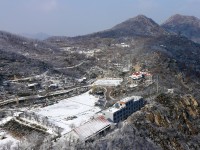