Recently Master Chen was in Ottawa again to teach another three day seminar. On the last day I had the pleasure of attending. It began with some push hands, interspersed with Yilu practice and several exercises. During the course of his instruction Master Chen recounted many interesting stories and examples. Quite a number of concepts and principles were discussed, with the following notes summarizing elements of what I took away from this eventful day.

Taiji is simple, just like animals and nature. Its instruction is rooted in simple concepts, following a simple process: observe, replicate, repeat… Such simplicity leads to clarity. Although the combination of many simple movements can appear to be complex, it is the human mind that generally makes things complicated. The process is simple, follow the process!

Many students perceive that they are following instructions with exact precision, when in fact they are not. Examples were provided of students trying to replicate a technique by referencing imaginary lines, or drawing upon their own unrelated references, when in fact the original instructions had been quite clear, literal and simple. Unfortunately, such deviations introduce unnecessary complexity, leading to distraction and away from the goal. Seeds of distraction can be anywhere, but in order to grow it must be nurtured. Distraction needs to draw one in to take effect. By disconnecting ourselves from it we can prevent it from taking root. By connecting with an opponent we can use it to our advantage. Do not engage where you are being attacked. Before asking a question, ask yourself if you’ve really taken all you can from the information already provided. Questions such as “Can you show me again?” or “Could you please correct me?” are useful. Trying to intellectualize things and compare them to our unrelated experiences only creates complexity and further confusion. 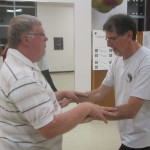 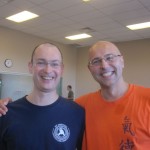 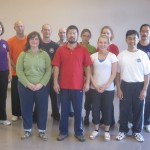 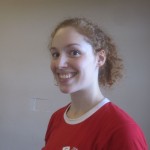 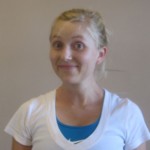 Separation leads to independence, and is important to prevent double heavy. When one part of the body is attacked one can “separate it” to restrict an opponent’s access to the rest of you. In one example shaking an opponents arm from side to side served to disrupt their alignment and energy enough to create separation when one’s own arm is being pulled away. Having the ability to independently control parts of the body does not preclude one from ultimately using them each to contribute to an overall movement or form. In fact, like a circular curve composed of many linear segments, the greater the number of components, the smoother and more circular the curve becomes. At the next Ottawa seminar, Master Chen would like to see that we’ve been practicing the demonstrated exercise for separating the shoulders.

I was also interested to see how moving “the bubble” or point of concentricity can affect leverage, balance and positional advantage.

I would like to thank Master Chen once again for the wonderful teaching and I look forward to seeing everyone again at the next Ottawa Seminar in November. Best wishes,