Turn as one piece

Training snapshot with some push hands.

Flash the back (Shan Tong Bei)

Lazy fun with first part of Block Touching Coat, Don’t power up but only open.

The older and smaller person is Shao Changyu of Juxian, Shandong. She has been taking lessons at the Rizhao Chen Zhonghua Taiji Academy for almost two year. She is a conscientious student. Most of her training was at the Academy by attending afternoon classes. She has no Push Hands training. The opponent is a college student from the Irrigation College who has martial art experiences and is currently on the college Sanda team. This match is an impromptu match. END_OF_DOCUMENT_TOKEN_TO_BE_REPLACED

END_OF_DOCUMENT_TOKEN_TO_BE_REPLACED

Chen Xu vs Jiang Linghui at Wudang Competition in 2015 i

Master Chen Zhonghua’s Private Lesson for Anton Phipps on Oct. 20, 2020. This is the last (6) section of the Yilu.

END_OF_DOCUMENT_TOKEN_TO_BE_REPLACED END_OF_DOCUMENT_TOKEN_TO_BE_REPLACED

This video is in chinese.

This video is packed with action. Master Chen Zhonghua taught several instructors advanced push hands moves. The moves were executed at much faster pace compared to other instructional push hand videos, and it included a lot of different push hand techniques. They are very exciting to watch and learn from. For people who are interested in push hands, this is a video not to be missed.

Kelvin Ho will have a class for this video at 10 am ET on Saturday, July 4, 2020, and video guidance in English will be provided by that time. Please feel free to make comments and ask questions for this video in the comment section below.

Please join the class LIVE with webex at http://webex.practicalmethod.ca. Thus far, the videos I have selected as curriculum have been focused on the functional aspects of using ones own bio-mechanical structure and the structure of the opponent to “take up space” for the gaining of strategic positioning and for martial purposes. The video “Step up to Ji” gave a basic procedure of how to make contact while matching power and move in other body parts that adhere to the Practical Method’s principle of separated and sequential movements.  In the following video, “Move into Empty Space”, several lessons were taught by Master Chen in various ways to take up the opponents space and demonstrated a few examples of applications, such as going down and adding a dimension.

In this video, Master Chen teaches additional methods of taking up space by “whatever happens, you fill in the gaps”.  It is taking out space, working with space, playing with timing, and/or playing with structure.  The information from the previous video online classes come into play.  Significant additions are made in this video that further advances ones’ repertoire on how to use ones’ structure and the intentional use of working with space as a means of building martial skills and abilities.

END_OF_DOCUMENT_TOKEN_TO_BE_REPLACED We will have an online class based on this video using the comment section of this video at 10:30 am Central Time, 11:30 pm Eastern Time on Saturday, April 4, 2020. On the days that I am teaching, I have selected a series of videos that will be taught in a sequential manner. The primary emphasis will be improving your understanding of how to take an opponent’s space that utilizes the principles that are inherit to Chen Style Practical Method Taijiquan. The video’s include:
END_OF_DOCUMENT_TOKEN_TO_BE_REPLACED 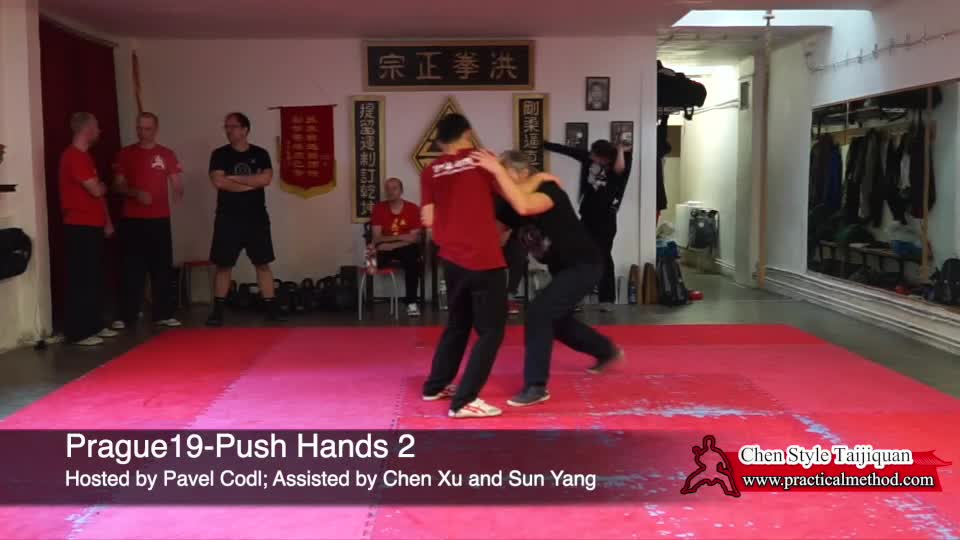 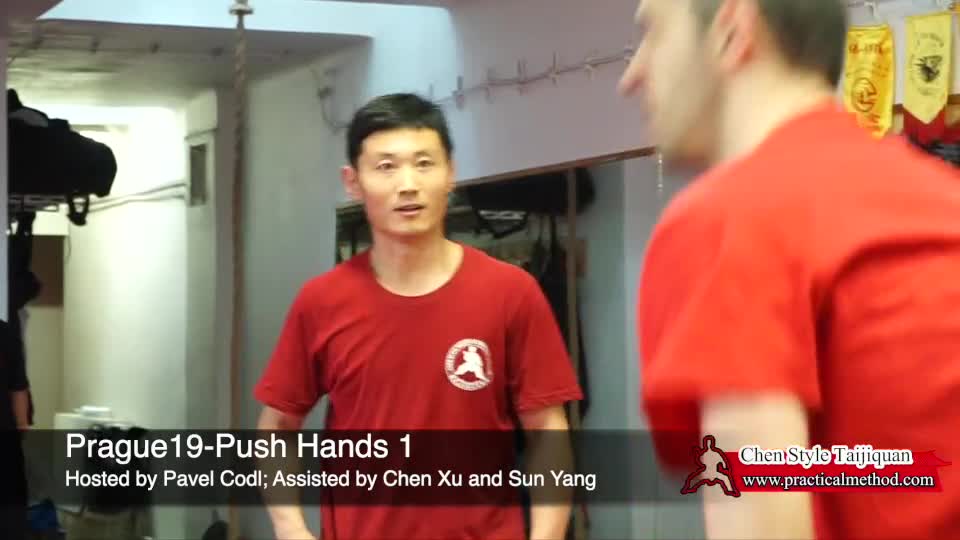 This week, I found myself able to drill the opponent down causing him to eventually fall vertically to the ground. END_OF_DOCUMENT_TOKEN_TO_BE_REPLACED

Top New:News just came from Thailand that Sun Yang has won the 67 kg Golden Belt after many rounds of hard fights at the Golden Belt Finals under the auspice of the Thailand Muay Thai Federation. Sun Yang is a disciple of Master Chen Zhonghua, International Standard Bearer of the Chen Style Taijiquan Practical Method system and Dean of the Qingshan Taijiquan and Cultural Research Institute of the Rizhao Politechnic. END_OF_DOCUMENT_TOKEN_TO_BE_REPLACED

Opponents stop moving when I move 1 During practice on Dec. 23, 2018, we were practicing how to move in after making contact with the opponent. The particular exercise involved the two right forearms touching at one point. One person attempted his best to prevent the opponent from coming in, including moving his arm around. Everyone did this exercise against the others one by one. One student observed that when I showed how to move in, the opponent always appeared to have stopped his arm movement as soon as I started to move in. Others would struggle to fight at the upper body or the arm with the opponent. I found that being an interesting observation. Another student commented that he didn’t react or do any subsequent action when I moved in because there was no feedback/trigger to tell him to do anything, and he would just “watch” me coming in. I further demonstrated what they tended to do, which was to push his hand/arm forwarded as they moved the body forward, in which case, the opponent would respond immediately and stop me from coming in possibly using different methods. There should be no push at any time. END_OF_DOCUMENT_TOKEN_TO_BE_REPLACED

Creating a lever in the leg i Recently, I had a dream where I used my thigh to push down the opponent at his thigh. Shifu came over and mentioned something that I didn’t quite understand. I then practiced that move with another student named Benz, and I got that move in the dream. When I woke up, I realized that I learned something.
END_OF_DOCUMENT_TOKEN_TO_BE_REPLACED

Locking the opponent i Rotation: Stretching around a fixed dot 1

Get out of the way i During push hands practice, Master Chen Zhonghua often says, “Get out of the way”. The result is that the opponent falls right into a hole (to the ground). I had a recent understanding of this phrase. Whose way that I need to get out of? It’s opponent’s path to the ground, and I am right in the middle blocking it. In theory, if I can remove myself from that path, the opponent will happily (or not so happily) reach his/her destination (the ground).

In more practical terms, I need to lure the opponent into using me for support without him realizing it, I then put a lid above/behind him. Without losing the lid, I get out of the way to remove my support for him. With no further pushing, he will fall right into where my support was originally. A differential is created at that time. A related article on differential: Opening the trap door from below.
END_OF_DOCUMENT_TOKEN_TO_BE_REPLACED

Stretch (To Go Over a Non-Moving Dot) i

This video describes in taiji what we do is equal and opposite to the result we desire.
END_OF_DOCUMENT_TOKEN_TO_BE_REPLACED

Take out Space i

So glad to see John! And he sent a Basketball player rolling across the court! 1

Fresh new Mr. accountant John and I had a catch up today and celebrated. Despite his absence, he has been keeping up with the basics and was able to develop new moves on the basketball court. Yeah, he sent a guy rolling across the court when pushed from behind. I am impressed! And, John didn’t know what had happened except for not moving!

Top/Bottom Separation, Taking Up Slack, Creating a Catch, Rotating Without Moving the Hand.