Understanding of Seeking the Straightness in the Curve 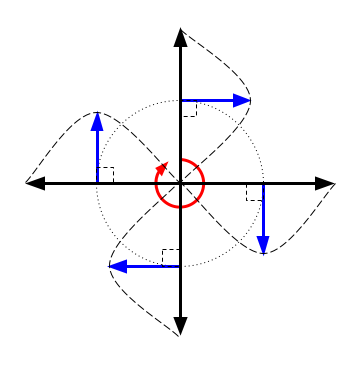 Let’s use a physical scenario to demonstrate this further.  Assume that one of the black lines is your arm touching the opponent’s chest. The red line represents a horizontal rotation with your torso.  In order for the opponent to feel your power, the angle at the shoulder between your arm and chest must be kept constant duration your rotation (much like how a revolving door works).  The opponent will feel a straight forward push from the arm, but in fact, it comes from the torso rotating.  In practice, what are some typical problems we run into?

In order to successfully execute such a move, it requires integration of various body parts performing their specific functions. Before such integration can happen, we train each and every body part according to the rules you learn in Practical Method. Yilu is the tool.

Understanding rotation is the result of linear movements

Before this article was published, people guessed what Figure 1 was trying to show or shared what it made them think in terms of Practical Method. Here are the responses: 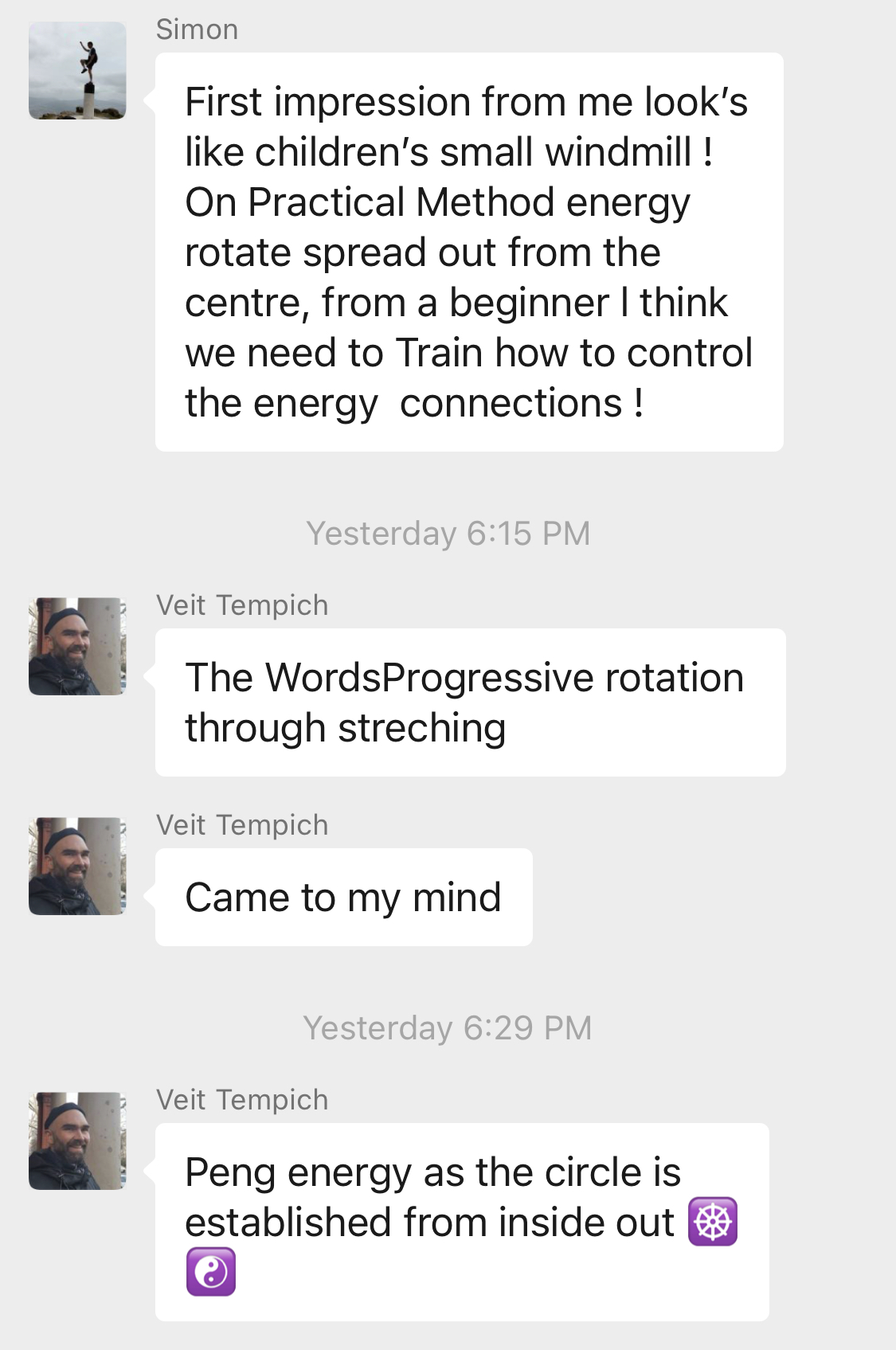 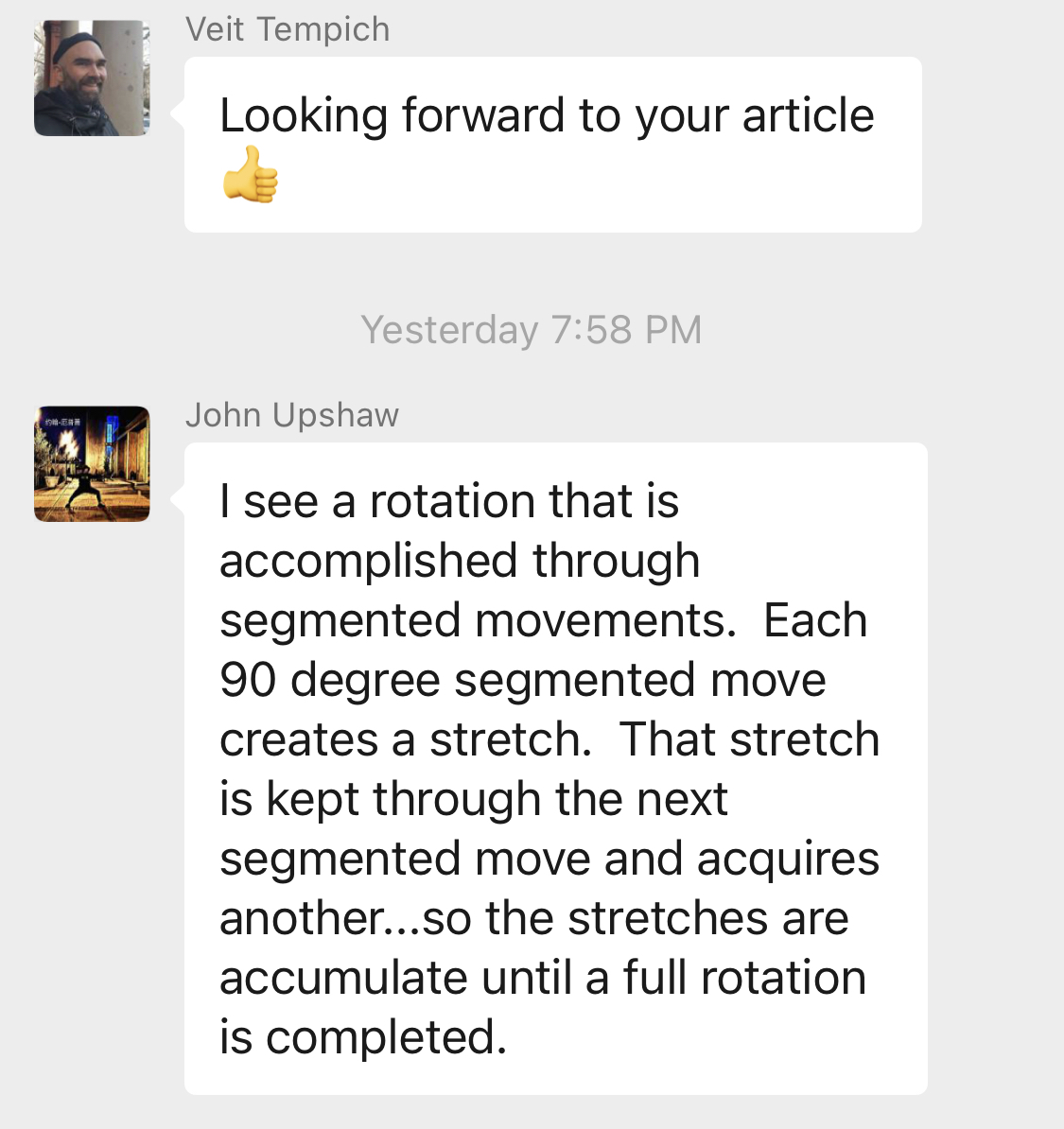 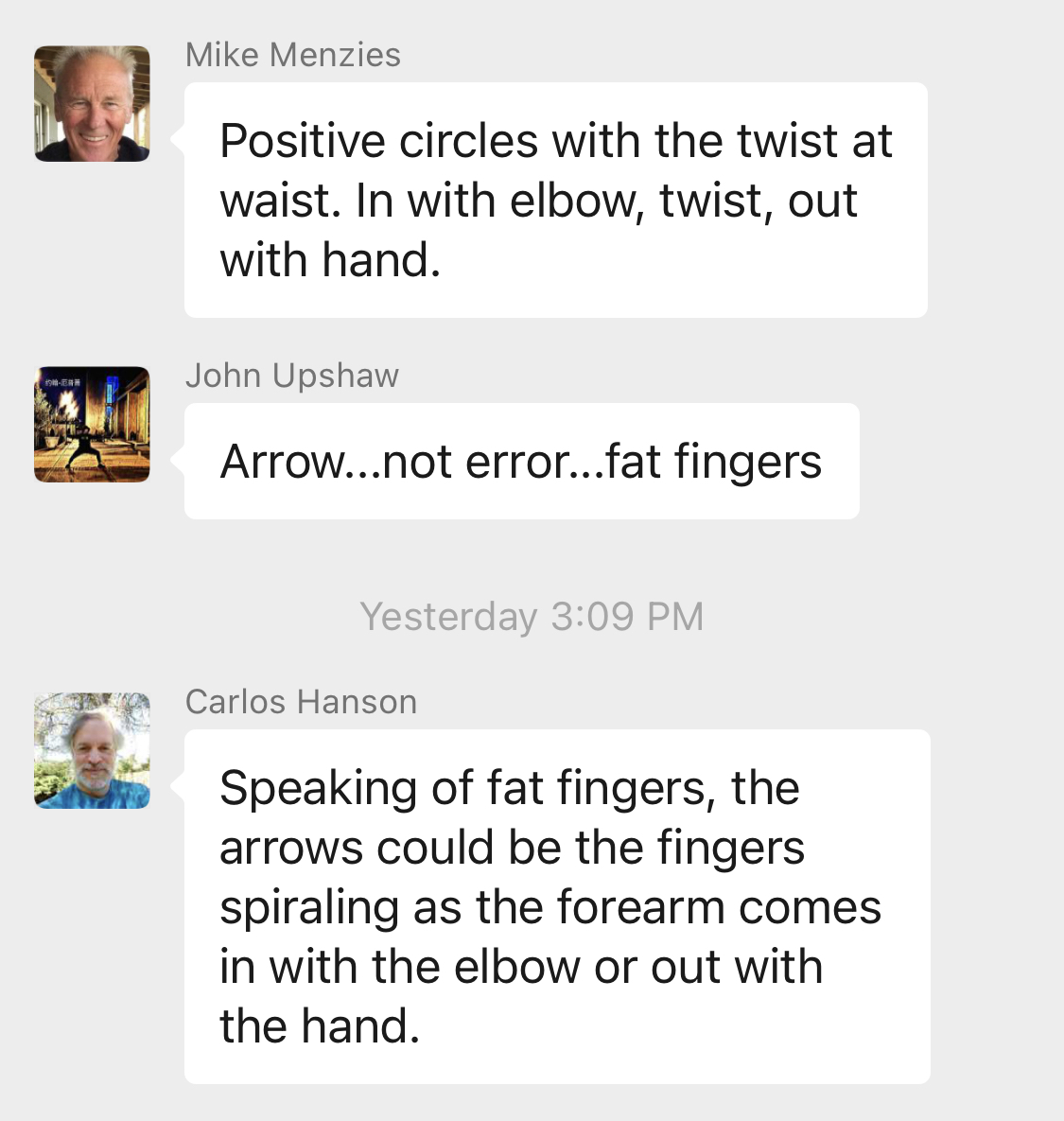 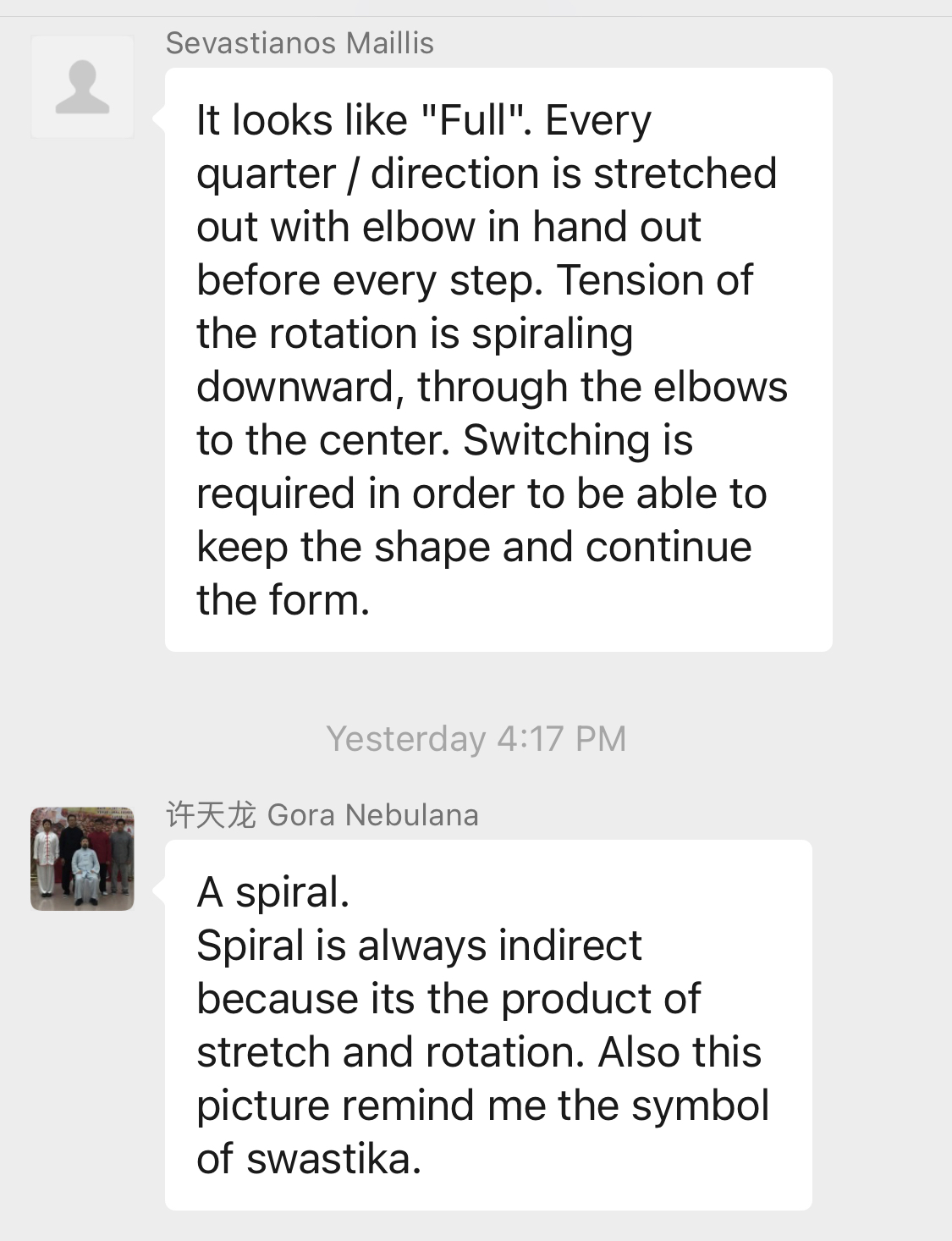