Master Chen’s workshop this Saturday focused on the theme of ‘division of labour’ amongst the different parts of the body; he emphasized yet again that in order for movements to become functional under pressure, one part of the body must be perfectly still while the other part rotates. We looked at this rule through a variety of examples. 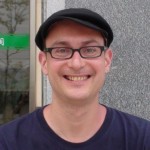 In solo movement we tracked the inwards and outward circling of the arm, making sure that there was always a single vertical ‘hinge’ that did not wobble as we moved. We then looked at the same principle while walking backwards and forwards, taking deep steps at our maximum range of motion.

As always, Master Chen punctuated each exercise with examples. On the ‘division of labour’ idea, he likened the body to NATO forces in Afghanistan – the parts work together, but maintain their national independence – the Canadian forces do not become American or Danish while working with the Americans and the Danes! Our tendency to move the body in a sloppy and undifferentiated way also means that we cannot keep appropriate tension across the various ‘bows’ of the body. Such ‘bows’ are arrangements of three points that create lines of force that run from our body into or around the body of the person we are working with.

Using the example of a rounded or ‘shield’ shaped arm in the horizontal plane, with the elbow rounded out and the points of the bow being the shoulder, the elbow and the fingers, Master Chen demonstrated how, by reversing the shape, force could be applied on one’s partner. Without the two points of the fingertips and the shoulder moving, the elbow drops down and in, eventually creating a deeply convex shape. Force can run easily down this shape from the body to the fingertip, pushing over one’s training partner as it passes around him or her.

This training exercise made me think of philosopher Charles Muses way of describing our perception of different dimensions: in one of his lectures he explains that although a being living in a 2 dimensional world can move in an infinite number of directions in 2-D, if we were to come down from a three dimensional world, pick up that being and lift him up out of his 2-D plane, we’d be moving beyond even the infinite possibilities of his normal spatial perception. My experience of Master Chen’s rearrangement of his own body to create force in unlikely planes and directions is similar to this – not only does he coordinate his body in an unusually precise way, the movements he makes are outside of my usual frame of reference.

Please forgive my rather abstract example; as usual, the workshop was informal, hands on and full of challenging, delightful and often frustrating body puzzles. We had a large turn out on Saturday, including Philippe Munn’s group from Montréal, students from my research project as well as Master Chen’s regular Ottawa students. Thanks to all for a fine time.

The Ottawa Worshop was a great success. It was fun and enlightening as usual. Lots of new faces. This was a very pleasant addition. Lots covered and lots of work to do. This is the best lesson of all do the work get the results.

Daniel, have you ever read “Flatland: A Romance of Many Dimensions” by Edwin Abbott?

Todd, my Dad was really into mathematics and I know I have that book in the stuff he left me. I thought I remembered it being by Martin Gardner, so I’m probably mixing it up with another title. I’ll check it out when I’m at my folks place on the weekend. D.

Niece piece Daniel,
Was there by any chance recording made of the workshop? Sounds like you all went through a lot of material that would have been fantastic to play with.
I recognised some friends from Daqingshan camp 2010, and I saw some nice moves in the online video.
Paul Janssens
(Australian of the Year in Daqingshan)

Thanks Paul – I’m pretty sure Master Chen taped parts of it, but there wasn’t a dedicated person on camera the whole time. Perhaps he’ll edit the various pieces together and make something available on the site. D.

Next post: Push Hands with the back on the wall