The first time I met Master Hong was in the summer of 1983 in the courtyard of a mansion (Jinan Hotel) in Jinan.  He was 75 or 76 years old at that time.  (**Notes in brackets are by Chen Zhonghua.) 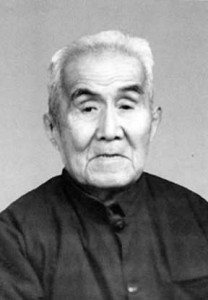 My first impression of him was that he was very light on his feet and I did not hear his approaching footsteps. He arrived without me noticing his presence.

When he shook my hand, his hand had a very soft touch somewhat like a cat’s paw. After that I had many chances to spar with him. His hand did not appear like “steel wrapped in cotton” often mentioned by Taiji people. His hand had a quality more like a cat or an animal paw, not the same as a regular human’s. 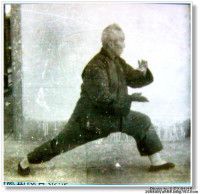 His movement was beyond my imaginative scope and when I touched his hand, I felt that my centre of gravity started to float and my whole body seemed to be crumbling.

Also, I thought that Taiji meant that during partner sparring one does not attack. But when I asked him: “Do I attack now?” during Push Hands with him, he told me that “Yes,” I could… as soon as he said that, I was immediately thrown. We were inside a room that time and Master Hong had meant to throw me on the bed, but his power was too strong and I was thrown over and across to the other side of the bed. 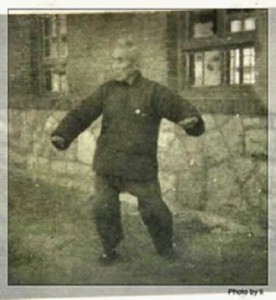 Afterwards Master Hong explained that when one is “reading” (listening skill) the opponent, you momentarily need to heighten the opponent’s tension, then throw him.

Soga Tadahiro described Hong’s hand like a cat’s paw and “when I touched his hand, I felt that my centre of gravity started to float and my whole body seemed to be crumbling.”
These are very true descriptions.
The part about Hong’s power so great that Soga was thrown to the other side of the bed is also accurate.

Overall, my personal impression is that Hong did things that are “NOT Normal”.

Wow impresive and inspiring expirience👍. The achievement of Grandmaster Hong is truly amazing. I really hope one day I can come close enough to that level of mastery. 🙏🙏🙏

Truly a real source of inspiration! Stories about GM Hong described from first hand experience are of great value for all Practical Method students. Once again, thank you Master Chen for sharing the sensation and concrete principles GM Hong Junsheng offered to the world of Taijiquan!