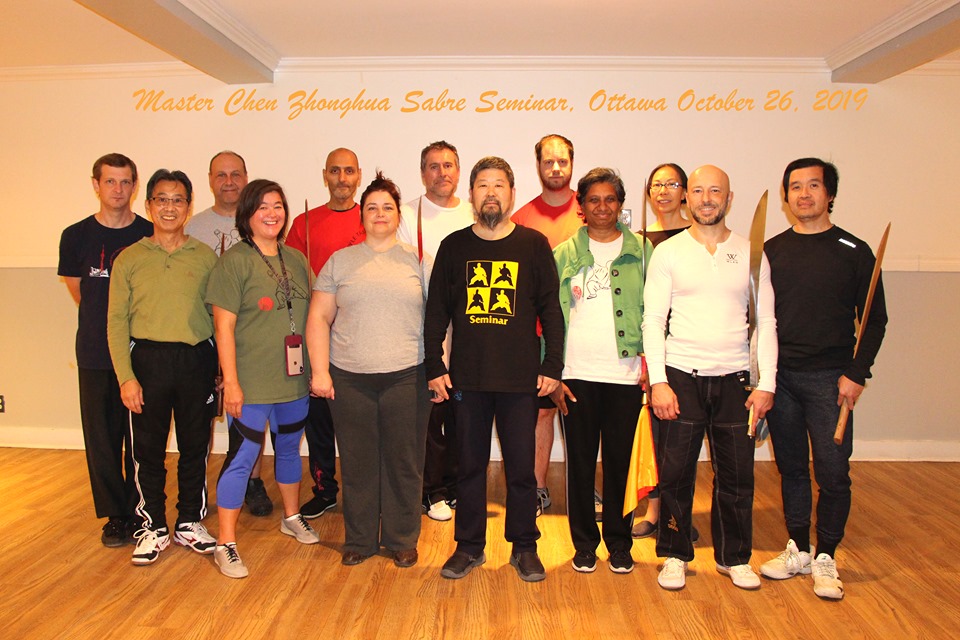 Learning from Master Chen is a unique experience. One of the most striking things he said during our first day was I give you instructions and you don’t follow it. I didn’t take notes. I made no recording. I took no photos. I cannot describe the form or the details of the foundation drills that we practised. Would I remember anything from the workshop far less follow it? At the end as we were saying goodbye I asked his advice. He said write about the workshop.

I am a complete beginner. I know nothing about tai chi, the culture, the history … so attempting to write is difficult. Whatever I say will be my memory, my interpretation and may not be what Master Chen actually taught. But he knew all that when he said it. Even if writing felt illogical and impractical to me I decided to still follow his suggestion. There is no point asking for advice and not following it.

What did Master Chen say?

This idea of following the Master’s instructions is not as easy or as straightforward as it sounds. There was an interesting conversation about this. What we hear is influenced by and can be hampered by so many factors like our interests reflected in our education, culture, personal concepts and beliefs. So when we think we understand what the Master said, we assume that is what he meant, and we could be totally off base. So we practise what we understood, not necessarily what he said.

Even if intellectually we catch his meaning and intention how do get our body to follow?

One of the seemingly simple instructions was to keep the torso in the vertical plane in movement. Do not allow the body parts to jerk. Don’t lean forward or backward. These extraneous movements cause energy leakages.

Despite his repeating these instructions several times many of us could not detect when our body was not following these directions. We thought because we got the idea intellectually that our body was following it. Master Chen said when we used our body or our internal compass then that is subjective and we are likely to go astray. He spoke about using an external reference which would provide objective feedback to us. For example an external reference can be a line on the floor or a mirror.

That led into a conversation about tai chi being a Science not a religion or philosophy. “Science” is defined as the systematic study of the structure and behaviour of the physical and natural world through observation and experiment. Hence the name of our style “practical method.”.

He talked about timing and knowing when to act. To illustrate the point he role played two opponents coming together “head to head” so to speak. We tend to meet brute force directly and he showed how much effort that takes, hence we feel depleted and are often defeated.

Instead he invited us to get to know more about maximizing the natural principles the body follows. He said these principles are the same in nature and all around us. For example deflecting a force coming to us by creating angles in the body is a more efficient way. So we need to create an awareness of how to angle the body to create the desired effect.

Master Chen talked about the concept of gears. Each gear is circular and has teeth that slot together. If two gears are locked they impact each other’s movement. When one gear turns the other one turns as well, but each turns in opposite directions and in the process there is a transfer of energy. If both gears vary in size they can be used to increase the power of a turning force. The smaller gear turns faster but with less force, while the bigger one turns more slowly with more force.

From my understanding Master Chen is saying we have inner features that work in a similar fashion to these gears. Now we can clearly see why we need to maintain our structure and not wobble. When we wobble it implies the gears are not locked properly and we lose energy. The gear analogy also explains how we can more effectively transmit or direct the power we have.

In the fetch water drill we have the engagement of the gears in different parts of the body for example at shoulders, hips and kua. Of course the shoulders should not be behind the torso. 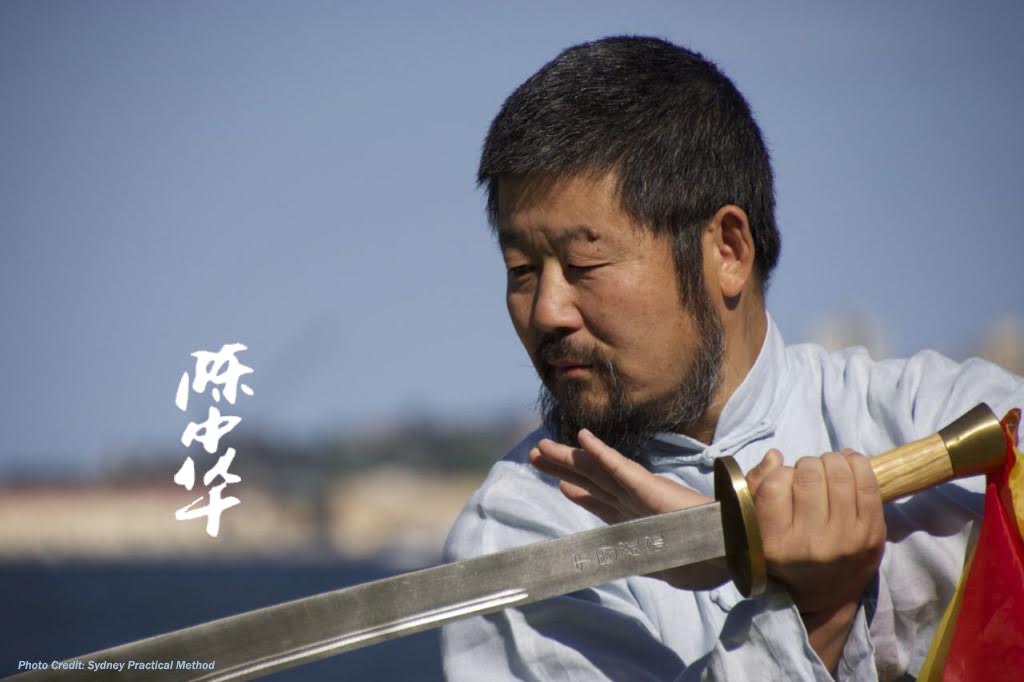 Master Chen demonstrated timing by using a stretched elastic band. If we act when the band is slack then we lose momentum. However when the band is fully extended it takes a small impact on the band to create a big resultant “bounce back”. Of course this stretching is related to the previous point about maintaining motion in a single plane. He encouraged practise with a partner to get this kind of feedback. In addition we can use a mirror to check.

He called attention to joint rotations especially in the shoulder and the hip. It is important that we practise opening up the joints to create space and improve the flow of fluids whether it be blood, or chi, thus strengthening and supporting the repair of cartilage, muscles and tissues.

All of this information can be overwhelming. Where do we start? He suggested practising one drill until we discover the inherent relationships. He used the analogy of a magnet. When there is proper alignment there is a “click” as the poles come together. For example there is a connection between shoulder and hip. He went into details here but we leave that for the explorers to discover. Words cannot convey the experience of practising with Master Chen. I apologize for the inadequacies in this article. I hope in some way it encourages practise.

A big THANK YOU to Chan Madhavi for an excellent article that explains in effortless simplicity the fundamental framework, requirements and underlying principles of Chen Style Taijiquan Practical Method. Her descriptions of Master Chen Zhonghua’s methods for overcoming barriers to learning (using drills and objective feedback) are also very easy to follow and understand. Simply elegant!

If you can get this much from a workshop without taking notes, I’d say never take notes! You’re a great writer and I suspect your tai chi could get just as good. Hope you stick with it and that you keep writing helpful articles.